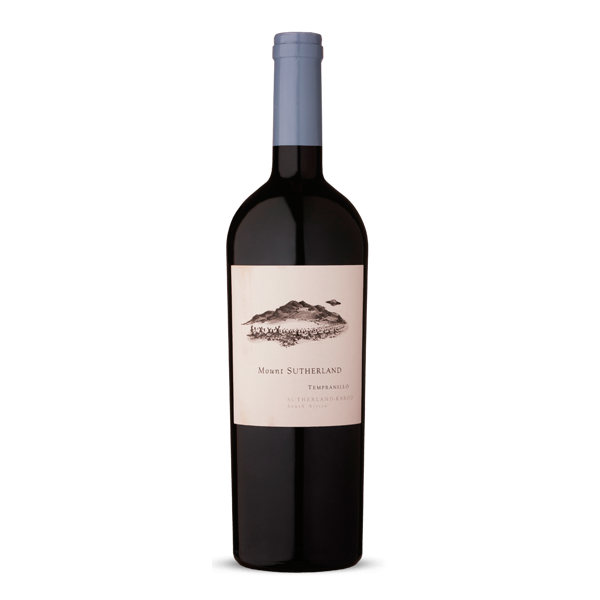 Yes, Sutherland, as in the Karoo Sutherland. Knowing that premium vineyards in South Africa are influenced by the ocean, Daniel de Waal – proprietor and winemaker – realised during travels to Europe that South Africa does not have one cool continental vineyard like Europe. He started to search for a cool continental terroir locally: Sutherland, in the arid Karoo. As a result, the first vines were planted in 2004 on the sheep farm Kanolfontein, which then officially became the new Sutherland-Karoo wine growing region. Highest vineyards in South Africa, planted at 1 500 m above sea level, it’s the coldest wine growing region in South Africa – and this Tempranillo is an escape to Europe. Except with African flair.