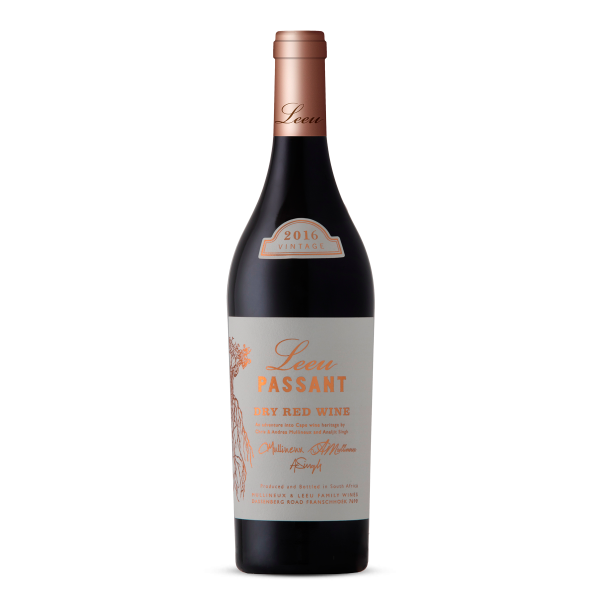 An exceptional wine in its ability to drink now but also age for a decade without breaking a sweat. Every year the percentages shift slightly, this year the Cab Franc and Cab Sauv being in equal proportion, but it’s the mix with Cinsault that makes it special, just like the classic SA reds of yesteryear.  “The 2016 Leeu PassantDry Red is a blend of Cabernet Sauvignon, Cabernet Franc and Cinsault. The smaller berries and thicker skins in 2016 produced a wine that is more full bodied than the 2015, with lots of fresh dark berry character supported by firm tannins. The higher proportion of Cabernet Sauvignon shows on the nose with its cassis notes.  This wine should be decanted if drunk young else left to age over the next decade or more” – Andrea & Chris Mullineux